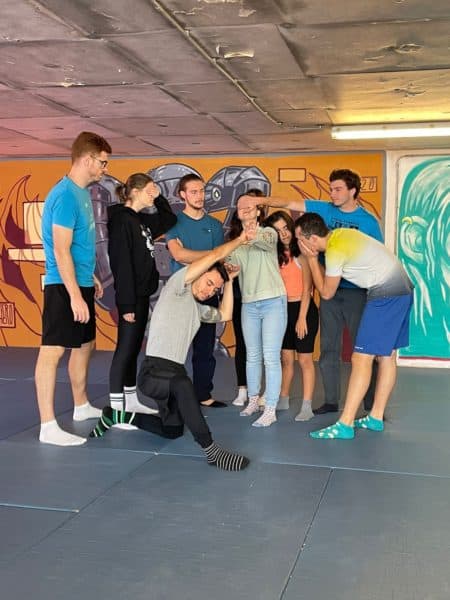 Hi everyone, welcome back to ‘No Assumptions Please’.  In this post I shall be talking about my experience in a three-week acting camp called “Grenzenlos –Let’s Act camp” in August in Vienna which was a European Solidarity Corps project.

Grenzenlos is an NGO based in Vienna. The German word ‘Grenzenlos’ means “no boundaries” and also “no limits”. The word explains the basic mission of Grenzenlos: to promote the personal development of the people who attend the camp (no limits!) and inter-cultural understanding through international encounters, trainings, inter-cultural living, and work experience (https://www.volunteering.at/).

What I loved about this camp was that it was very international and the young people who were there came from all over Europe. There were also a few from Latin America. There were also two male team leaders (from Italy and Austria) and two female (from Honduras and Mexico).

I went to Vienna with a friend from Malta who was there only for the first week of the camp to help me with certain things that I’m not able to do like how much money I should use to buy something or to keep myself warm as being in the North of Europe the weather can drastically change from being hot to really fresh, and to be in charge of the logistics like the transport.

This camp was a great learning experience for me especially in the first week, when I was struggling to adjust and to fit in with the group. I guess that you could say as it was my first time being abroad without my parents for so long and without any teachers being around like on my previous school trips abroad, I wanted to be free and I wanted to rebel, which I did. But it almost ended up with me getting kicked out of the camp! In the end I was lucky because they decided to get a professional assistant from Ireland to be there for me outside the camp hours (in the evenings and/or weekends) who could take on the role which my friend had tried to do. So I managed to do the full three weeks of the camp. But after the first week things really picked up and changed for the better!

The great part of the group was that we had a really good family vibe among us. We were also able to be open and vulnerable with each other which really helped with working towards our performance. We immediately clicked on the very first day itself, when we first met each other.

I have literally no words to describe how amazing the workshops were and the process of working towards our performance. Our acting tutor who was from Colombia was really amazing and became my inspiration and I really loved the way he worked. Instead of slapping down a script on us and saying ‘this is what we are going to do, have fun, learn your lines’, he focused on working on group dynamics and asking what we wanted to do in the workshops. In the end it was more natural as it was about each of us as a person, our relationship with the group and how we respond in certain situations as well as what we wanted to bring into the space and topics which we wanted to tackle like feminism. I managed to push into the performance the topic of inclusion. I have never been in such a pure honest performance like that before.  The other part which I loved was that it was an inclusive performance, especially as one of the performers was on a wheelchair and how we adapted to what he could and couldn’t do, but yet we managed to create a beautiful performance together.

Apart from taking part in the workshops and working towards the performance, we also had to work, be at the scouts’ facility where most of the campers were staying or in the apartment where I was staying with one of the team leaders because of the logistics.  For me one of the best parts was to be at the scouts’ facility in the evenings because it meant that I could help the others out in cooking the lunch for the following day and the dinner. The fun part was that I got to cut the fruit and the vegetables which we all found out that I’m actually good at doing! The environment around me was great because there would be music playing and sometimes someone would come and get me to dance. The other jobs which I didn’t do but the others had to do were to clean and to shop for food. Sometimes when I was there in the afternoons I would also help them to go and do the groceries and to carry the shopping bags back even though they were too heavy for me.

One of my favourite nights was the Intercultural Night which they do every year at the camp, where all the campers from a particular country would get together and make food from their country and share it with the others. In my case I decided to represent Sri Lanka as I always represent Italy and I wanted to do something different. So I messaged my mum to ask her for the recipe to make a lentil curry. Now keep in mind that it was my first time ever cooking something alone!  With my assistant from the camp we went shopping for the ingredients and when we got back we set down to work. I did most of the easy work like boiling the water, putting in the coconut milk and putting in the turmeric while he did all the cutting as the knives were really sharp and also big which could be dangerous. He also handled the hot water and the timing.  My favourite part of the evening was when it was my turn during the dinner to tell the others about the dish I made and why I decided to do something Sri Lankan. When I told them that it was my first time that I was actually cooking something they all burst out into cheers for me. To be honest I didn’t except it that my curry would be an actual hit but it was! They were all asking me for the recipe as it actually came out very good!

The performance which we were doing was a unique one because we were doing it like a travelling performance.  It started with us pretending that we were at the beginning of one of our sessions, and then from there we all go on a train and at each stop there was a new scene which involved all of us. So we were always on stage and always doing something in the group. One stop was called “inclusion” where a friend read out a short poem I had written. The only spoken words in it was a line I had to keep repeating “Let me say it again”, which was meant to show that there are times we can all be misunderstood, whether we have a disability or not.

If I had the opportunity I would definitely do it all again though there would be some things I would have done differently, like not deciding to drink a whole glass of beer the first evening, which I was not used to doing and everything that happened after that. Other than that, I wouldn’t change anything. The experiences that I have had were definitely worth it.

While on the way to Vienna I flew with a friend, on the way back to Italy I was flying solo. My parents had arranged for support for me to fly alone. In the airport in Vienna the guy who was supposed to help me came up to me and my support assistant from Grenzenlos with a wheelchair! At first I thought he was going to pick up someone else who needed the wheelchair until I realised that he was coming our way and the wheelchair was for me! This started an argument between him and the person from Grenzenlos who told him that I could walk perfectly well. In the end also I insisted that there was really no need for me to use it, and he agreed.  But even though I was doing everything by foot, the way the special assistants were treating me in Vienna was how they would have treated someone in a wheelchair, like using a huge lift and going in a special bus to the plane without going to the gate. They were also talking to me like I was a little child but yet I persevered and managed to get through to my seat on the plane.  But the good part was that after we landed in Florence the stewardess gave me two chocolates to eat while I was waiting for the person who was going to help me get my bag to come for me!
If you would like to see some photos and videos of my experience, please follow me on Instagram: angelabettoni18.

What I loved most about this camp was the inclusivity of it. It also showed that it is possible to have a thoroughly inclusive performance with performers who have mixed abilities and from mixed backgrounds as long as you bother to do so. 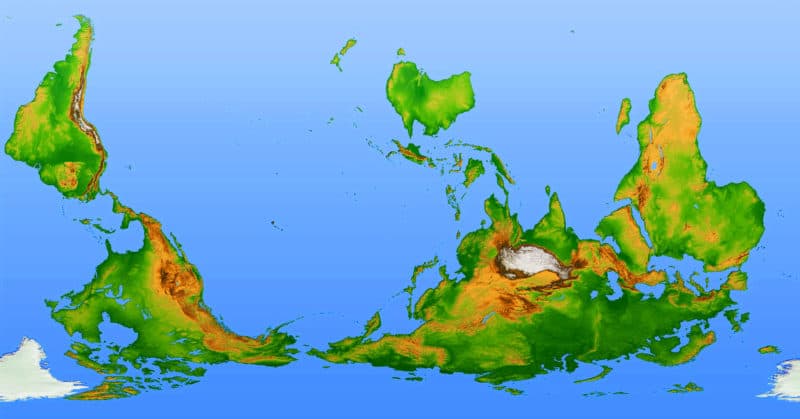